When is Dungeness Crab Season?

For many of us, there are few things that we look forward to in the winter months. Sure, Christmas is amazing and hot cocoa by the fireplace with a good book is one of life’s greatest comforts but the novelty of fresh blankets of snow starts wearing off right around mid-January when we get winter fatigue and start fantasizing of spring garden parties and summer beachside picnics. But there is one thing to look forward to in those freezing cold months and thats is peeling and cracking your way into some sweet, sweet Dungeness crab. Although Dungeness crab season runs from November through the beginning of April, the peak and absolute best time to have them is right around late December and early January. Check out what to serve with crab here. 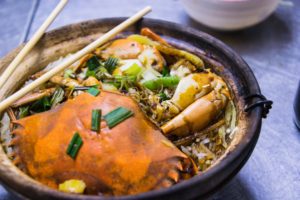 Dungeness crabs are native to the cold waters of the U.S. west coast and their habitat covers an area that goes from Alaska’s Aleutian Islands, past British Columbia, Washington State and Oregon and down into Southern California. They are prized for their large size and the sweet, mild flavor of their meat and have been considered a delicacy ever since the first Native Americans settled in those regions.

There are conflicting opinions regarding on where the best Dungeness crab is found. Since these crabs love cold water, some argue that the higher up you are along the west coast, the better the Dungeness crab will be. Washingtonians like to claim that they have the best ones since, after all, they were the ones who made them world famous but you don’t have to go all the way up to Washington state to enjoy delicious Dungeness crab. Both Mendocino and Sonoma counties in California have a bustling crabbing industry and Dungeness crab is a regular and sought-after staple in restaurants all over San Francisco and in nearby Napa Valley. Oregon, lying quietly in between California and Washington, is often forgotten but here is where most of the Dungeness crab in the U.S. is caught and where you are very likely to find plenty of under-the-radar hidden gems serving excellent renditions of it. 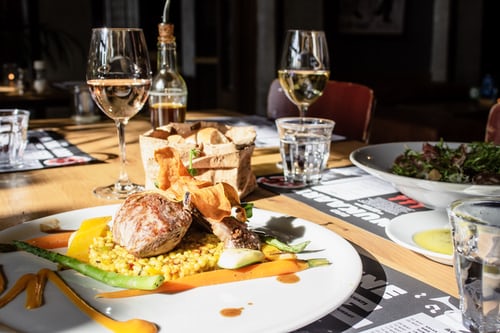 Lately, though, Dungeness crab season has been changing quite a bit with seasons becoming delayed or cut short on many occasions. The main causes for these problems have been events related to climate change and the warming of oceans. Crabs love cold habitats and the warming of the waters they live in affects their food sources and therefore their development. It’s happened before that, since the crabs did not have enough to eat, they were not yet be at their ideal size for when the season kicked off and so it had to be delayed. Changes in water temperature can also cause an opposite reaction where there will be a larger-than-usual bloom of toxic algae. The crabs will eat this toxic algae and the toxins that accumulate in their bodies will, in turn, make the crabs’ meat unsafe for human consumption and affect the length of the season.

Since Dungeness crab season has become so affected in the past couple of years, we recommend you stay informed and do your research to be on the loop on what’s going on. You may have to forgo having them in your table around the holidays because the season has been put off and maybe even have to wait until the following season if they are not safe to eat during a particular one. Although it’s sad that this delicacy and staple of the American table has become so affected by climate change, this will hopefully makes us appreciate it even more when it’s in season and realize how important it its for us to take care of our planet.