Some Facts You Should Know About Skirt Steak vs. Flank Steak

What's skirt steak? Steak is the first typical recipe associated with meat. Thus, when buying, it has been usual to tell the butcher what type of cut you are going to buy. It is important to know which part of the cow the beef has taken from. Most of you might have heard about skirt steak, flank steak, tenderloin, T-bone, and sirloin. However, this article will focus on the skirt steak.

What Is Skirt Steak? 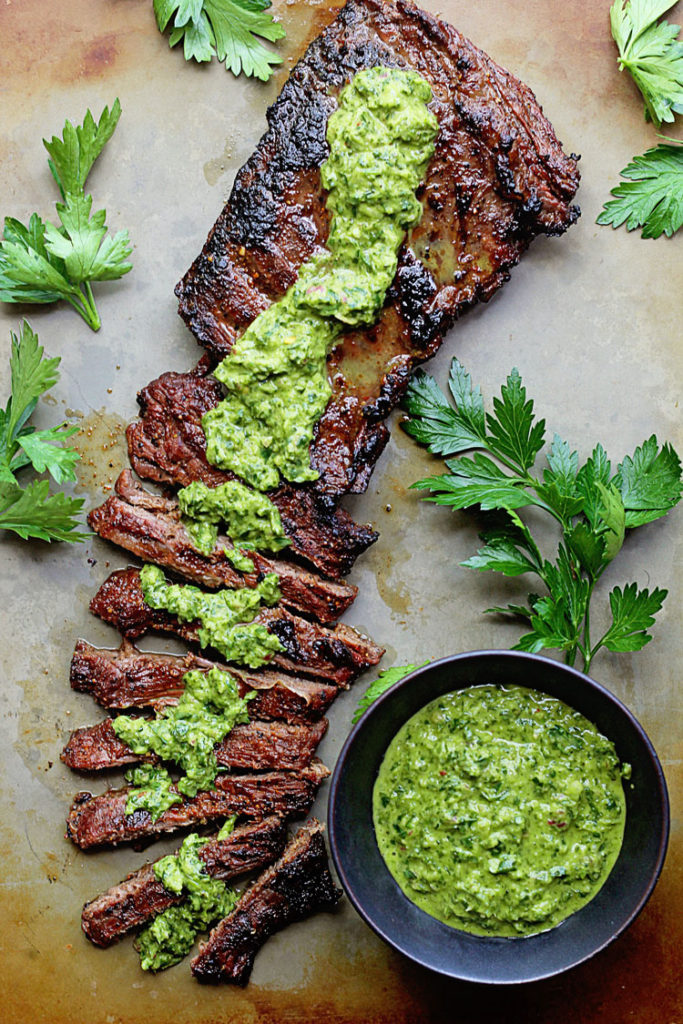 Skirt steak is a thin, fibrous cut of beef taken from the diaphragm muscle, just between the abdomen and chest. The meat is also lean which is usually cut elongated. It has lots of fibers which could also add up to the chewy texture of the flesh. According to most, this piece of meat is tastier than the flank steak. With its strong beefy flavor, it could emanate delicious aroma as you cook it.

Since the meat contains strong muscles, it is recommended to tenderize it using a meat tenderizer before preparing or cooking. The best way to do in order to maintain the most tender texture is to cook it rare or medium rare. Before cutting, make certain that the cut is against the grain. If you have other ways of tenderizing meat, you probably need to apply that for a better result.

When it comes to cooking, skirt steak is an attractive piece of meat. It is one of the most preferred cuts and has its best recipe. In order to attain its favored taste, it is best to marinade it and quickly stir-fry over high heat in case you need it. Unlike the flank steaks, skirt steak does well with marinades. You can use this meat with fajitas recipe or experiment your own skirt steak version. 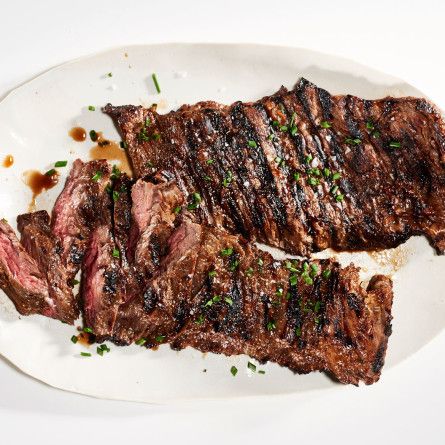 Most of the times, people are confused on what a skirt steak is. Others are saying that flank steak is also skirted steak and vice versa. This often leads to people misusing the other. For those who are really clueless of what skirt steak is, they tend not to care at all. Whenever you’re in the market and you don’t know what skirt steak is, at least know other terms for it.

In some countries, skirt steak is really not a modern word. For instance, European countries have their own name for it while Canada also calls it with a different word. However, experts have provided a list of the cuts of ﻿﻿skirt ﻿﻿steak and what it is called. 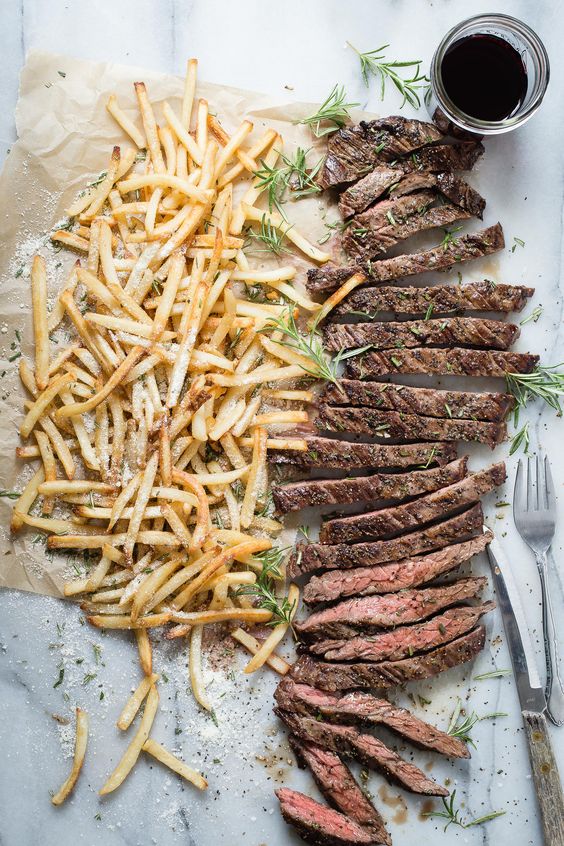 For those who are wondering if flank and skirt steak are the same, the answer is no. These two are different from each other. As described above, the skirt steak is taken from the diaphragm muscle. On the other hand, as the name suggest, the flank steak is a side area of the cow. For better identification, here are other differentiations between two:

The skirt steak is known for its toughness and fibrous muscles. Despite those, it has one of the best flavors. You can stir fry or grill it, stuff, roll and braise it. This piece of meat is the most common beef used for the original fajitas recipe.

Usually used for London broil, the flank steak is thin and long cut which also has tough fibrous tissues. It is quite similar to the skirt steak when it comes to its toughness and consistency. However, this piece needs to be marinated before grilling or broiling the whole meat.

While dress cut is usually the selection of meat for fajitas, you'll use it to create a steak dinner that's completely high notch. If you haven't tried out some skirt cut recipes, then you're in all probability missing out on one amongst the tastiest beef that you just will produce. If you are making an attempt to impress your guests with your cooking skills, this can be the steak cut to try. 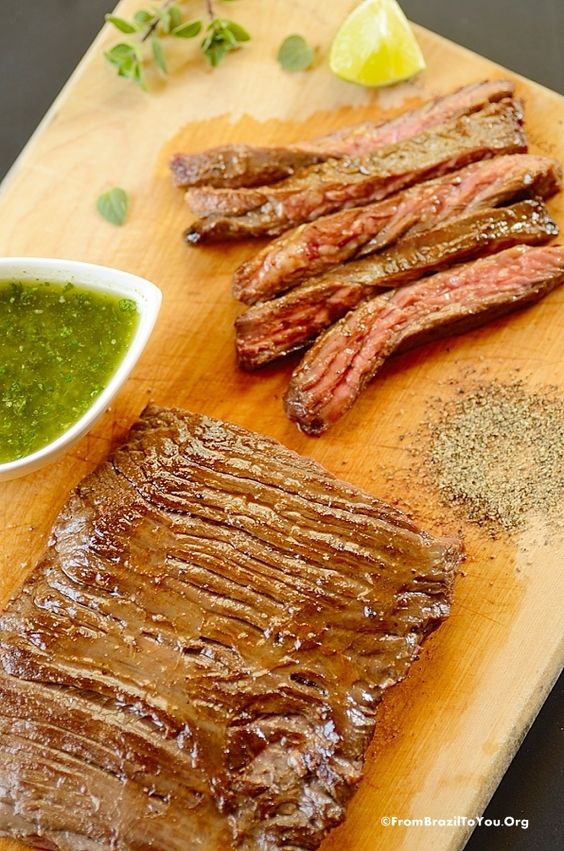 This piece of meat comes from the beef plate which is commonly referred to as the diaphragm. It is unremarkably utilized in beef fry which you'll notice skirt cut recipes that take you so much on the far side of the standard uses for the meat. It’s common for the cut of meat to come back sheathed or made public in an exceedingly membrane that's too robust to eat. Here are some tips when making a skirt steak recipe:

2. Skirt cut methods can typically fall into 2 basic cookery categories: slow cooking and fast food. You either need to pit roast or you will find yourself quickly searing the meat in a skillet. Since this cut of meat tends to be a little robust, these 2 cookery ways facilitate to lock in the flavors and modify the meat at a similar time.

3. If you cook the meat at the correct temperature for the right amount of your day and so cut across the grain, you ought to be able to maximize the tenderness of the meat. After you slice a skirt cut, check the graining. Slicing across the grain is admittedly a good choice as this lets the meat become tenderer.

4. For skirt steak recipes, you can also consider charcoal grilling. In fact, you'll create an incredible skirt steak when you cook the meat directly on the charcoal pit with hot coals. This can be one amongst the most efficient ways of the kitchen a skirt steak. Therefore, the flavors can be obtained with you in an exceedingly whole new approach.

5. Heat some coals to their optimum temperature if you are looking for the most efficient ways to create the foremost of a skirt steak recipe. Before you're able to throw the cut on the coals, remove the accumulated ash. Put the steak directly over the coals. The cooking time takes about a minute for every facet with this manner.

6. Cooking a well-marinated steak over hot coals is that the best alternative for skirt steak recipes. If you add a pleasant-tasting marinade to the cut before you grill, you'll find yourself with one amongst the most effective modern cooking techniques. For this cut of meat, you can mix olive oil, lime juice, soy sauce, lime juice, scallions, garlic, cumin, lime juice, and a few dark sugars. 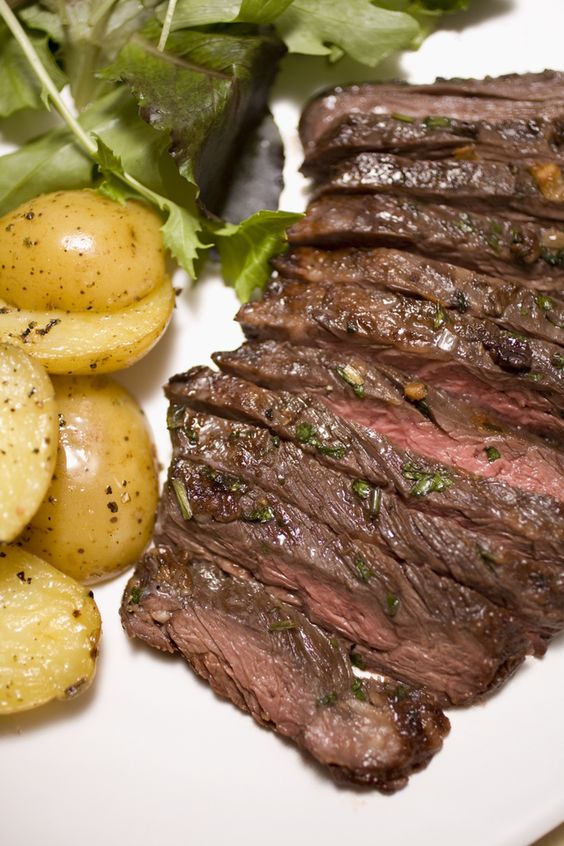 From the many different types of steak cuts, it becomes difficult to choose the right option for a particular part. Thus, it is better if you are knowledgeable of the parts. Know what the closest substitute is in case skirt steak is unavailable.

If you are looking for a skirt steak substitute, you can buy sirloin tip cut. It is a piece of meat from the sirloin flap. This cut has similar loose grain and has beefy flavor. It is chunky, big, and chewy. However, it is not as robust as the skirt steak. You can also check the hanger steak. This is also taken from the plate of the cow which is also called hanging tenderloin, butcher’s steak, and hanging tender.

How to Spatchcock a Chicken and Other Helpful Tips for You Marinating Chicken In Dairy: A Complete Guide Best T-Bone Steak Recipe Prime Rib vs. Ribeye: The Difference